Paxton House is celebrating its anniversary after being open 3 years. The residential service in Borrowash, Derby provides support for up to 8  for young adults with learning disabilities and/or autism and complex needs.

Deputy Manager, Liz Brindley, explains: “Paxton House opened its doors back in 2018 on February 5th when Ashley was the first person to move in. Slowly and steadily we have seen the house fill up and in July last year we saw Ada move in and we were finally full to the rooftop for the first time since opening! During this time, we have already seen one young lady come and go, as after spending almost a year with us she moved on to get her own flat with her boyfriend. This is of course the goal of Paxton House, for the people we support to gain the skills and confidence to move onto their next step in life.”

To celebrate their 3 year anniversary the services hosted a civilised lunchtime tea party followed by a much more lively disco party in the evening!

Liz adds: “One of our support workers, Florida, created a beautiful balloon display and set out the table using her own items. We had baked lots of cupcakes, scones and jam tarts which we had along with sandwiches and other savoury treats. Staff and People we support were encouraged to chat about what they liked best about Paxton House and reflected on their time here so far. In the evening we got the disco lights out, the music on and got busy dancing and burning all that cake off!”

As always, the staff and people supported at Paxton celebrated in style – just missing their families this year in the celebrations.

“We only wish that things were different and that were able to involve families and friends in our celebrations but there is always next year! In the meantime I’m sure we will find plenty of other excuses for a few more parties!” adds Liz 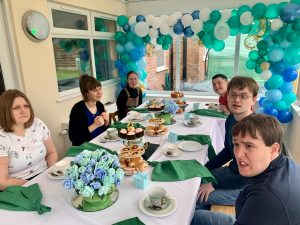 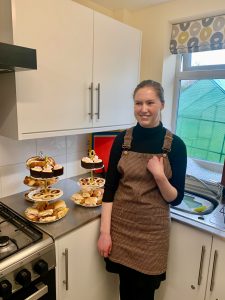 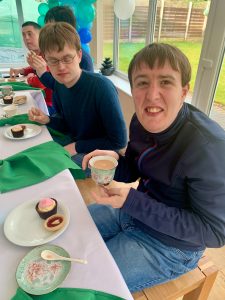 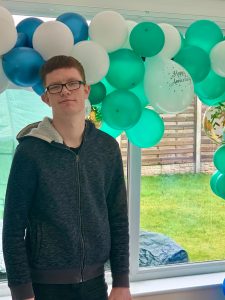 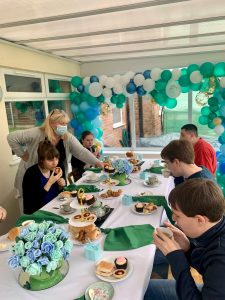 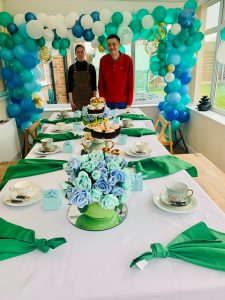 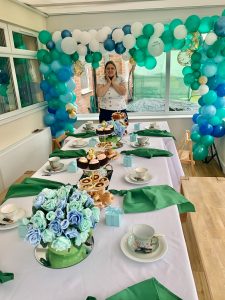 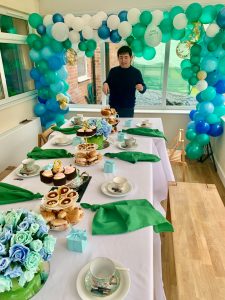 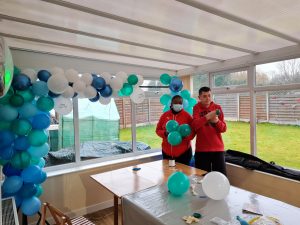 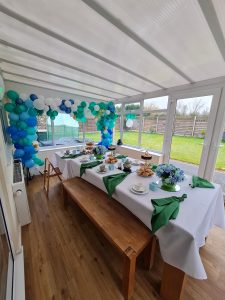